“Rabbit in the Moon” book launch: standing room only!!

We had our book launch on Thursday, May 29th at the Borders Bookstore in Boca Raton. As you see from the crowd, it was standing room only!  We spoke about how we started writing novels and how we write together. Since the setting for Rabbit in the Moon is the seven weeks in 1989 from the rise of the democracy movement on April 15th to its fall with the Tiananmen massacre, we talked about those events and showed pictures Joel had taken during our travels in the 1980’s.

StoryCasting.com is a new website (not ours) where fiction readers have the chance to cast their own choices for the characters in the books that they read.  Select a book (hopefully our books: “Rabbit in the Moon”, “Double Illusion” and “Wednesday’s Child”), select a role or character and cast your favorite actor or actress. You can also share your cast with others and comment on their casts or discuss the books at the book’s home page (on storycasting.com).

We started with “Rabbit in the Moon” and suggested the beautiful Elizabeth Tsing for the part of Dr. Lili Quan (see her picture below). If after reading our book, you feel the same, add your comments. Or let us know who you’d see in that role as well as the other roles.

Membership is free and anyone can join.  Take a look and see what you think. 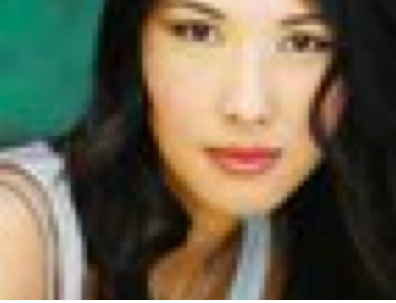 We recently found among our old slides, several pictures of women with bound feet. The one above is not ours, but shows the actual deformity. The picture below and the ones Joel took himself reminded us of how we came to write our story about a Chinese doctor’s discovery of the secret of long life:

Foot binding, the rendering of young girls immobile by deliberately maiming them, had been part of the Chinese culture since the eighth century. Some time before the age of five, young girls had the heel and toes of each foot pulled together and bound tightly with cloth, until the toes were turned under. Bones that resisted were broken with a wooden mallet, the resultant pain continued for years until the feet became numb. Such torture produced a teetering, swaying gait regarded as a mark of sexual appeal and endured because a girl’s marriage potential and desirability were determined by the size of her feet, not by the beauty of her face. Unable to move, a helpless woman with so-called “golden lilies” would serve her husband and master in any way he desired. Often young girls died from the infection that developed. Even if they survived, the smell from a continuously festering foot would have been terrible.

This barbaric tradition was finally banned in 1911 so you can imagine Joel and my surprise when we saw several dozen women outside a building our guide said was a Longevity Institute in Xi’an in 1985. We would have expected only a few such women to be alive with this deformity and certainly not congregated in one place. That “sighting” became part of the impetus for our story. Wouldn’t it be interesting, we thought, if the Chinese were secretly working on aging research here and in fact had, discovered some way to extend the normal life expectancy, all the while keeping it secret?  And that’s what we wrote: in our story, Dr. Ni-Fu Cheng has his “subjects’ inside the Longevity Facility, a separate wing of the Xi’an Institute.

Thanks to all our fans. We plan to donate all our royalties for the sale of our latest novel, “Rabbit in the Moon”, to a not-for-profit medical charity called Remote Area Medicine.

Please check out the link to the 60 Minutes segment about the organization.